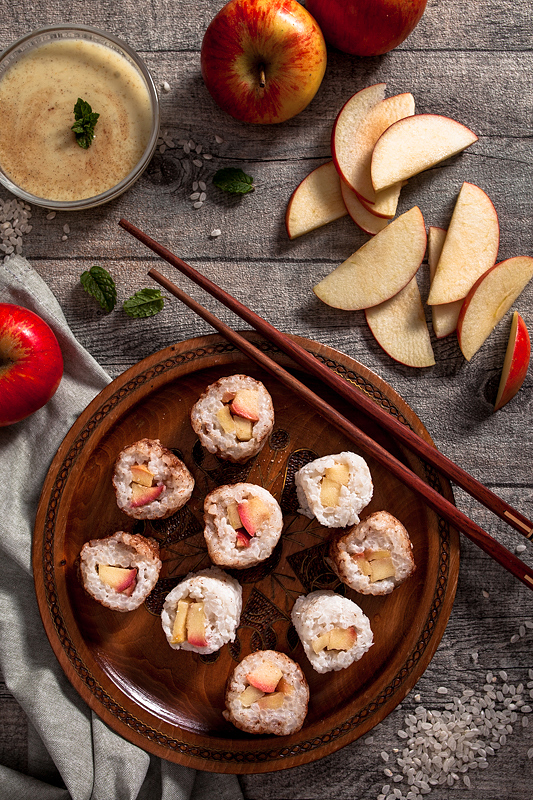 High time for a new sushi recipe, eh? Today’s recipe is inspired by my grandma. Grandma always cooked rice pudding just for me and her. The rest of the family didn’t like this dish at all. When grandma cooked rice pudding, she took the biggest pot she could find in the kitchen and cooked an amount that would have fed a whole football team for the winter. The kid should never leave the dinner table hungry, so she had to be sure there was surely enough to eat. Oh what great times we had. Eating sweet rice pudding with cinnamon and sugar for days and days. 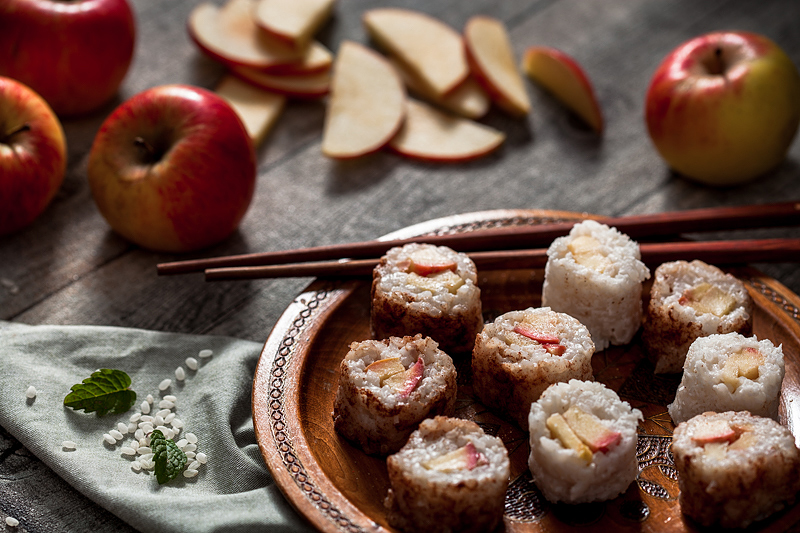 As I love sushi so much I simply had to try that sweet sushi variation that we all knew from those annoying Tasty-Style-Videos on Facebook. Sorry not sorry, sweet fruit sushi also happened in the walls of Avocado mansion. Sweet sushi is a great alternative to the hearty versions and looks so pretty! Pudding rice is perfect for Sushi as it is super sticky, but you can go for any short grained rice you like if you can’t find the special ‘pudding rice’. Here in Germany it is quite common, but you might also want to try risotto rice. For this sweet sushi I cooked the rice with coconut milk and added masses and masses of cinnamon almost at every recipe step. The apple gets fried quickly and effectively and we’re adding honey to caramellize it. Merely the rolling will become a little of a challenge but I’m fairly certain that you will manage. 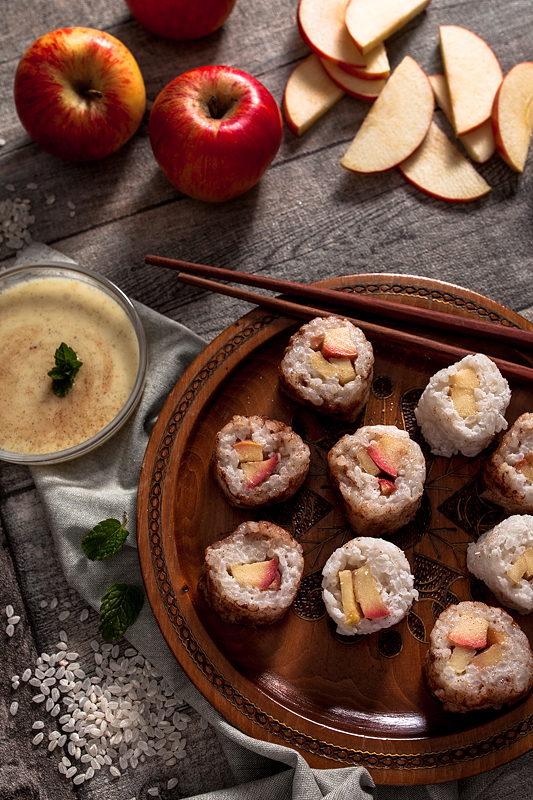 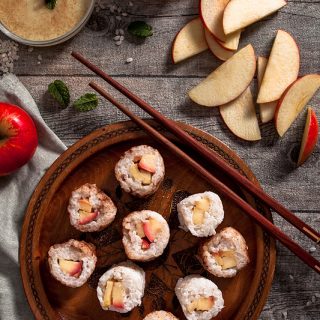 And even more Sushi Recipes

How to host a Sushi Party