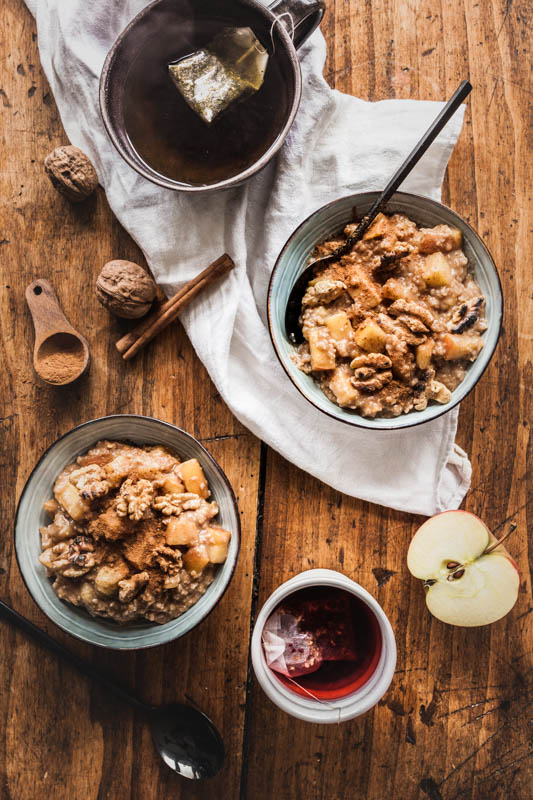 This winter I developed my all time favourite breakfast of the year. Since November or so we’ve basically had nothing but this warming, cinnamon-y baked apple oatmeal. It’s not only incredibly comforting and delicous but it’ll also keep you full for hours and is done within 10 minutes. Basically the length of making coffee in the meantime. 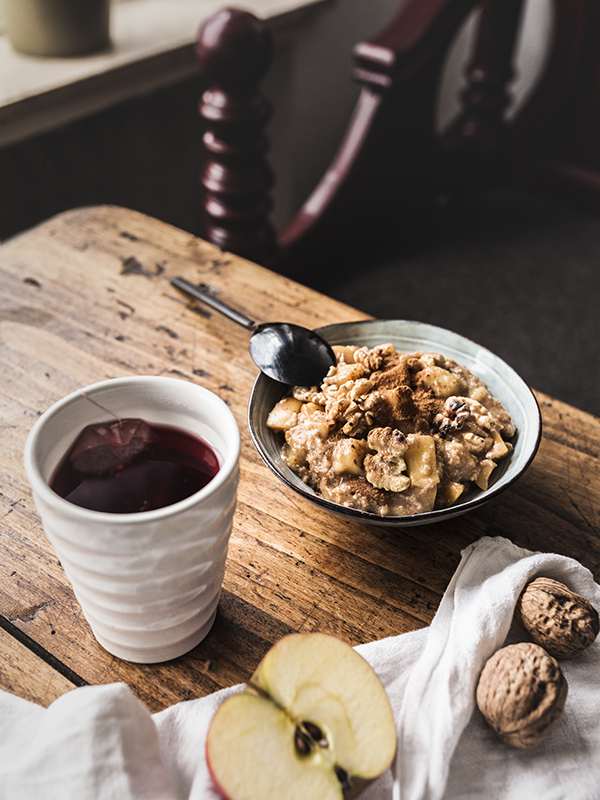 Last year I’ve already collected ideas for a healthy breakfast routine for you. This recipe is a new invention and deserves it’s own post. Well, after all we lived from this baked apple oatmeal most mornings since November.

And as we can surely expect some more cold and freezing winter days until march I’m providing you with this cozy, comforting, warm baked apples in a bowl. 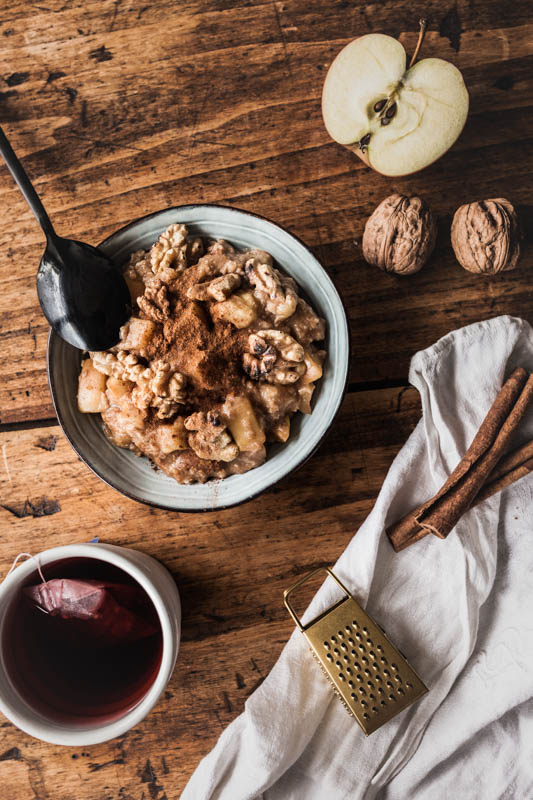 If you like cinnamon, you’ll love this recipe! The apples get roasted in a pot with some butter or margarine until they are soft and are then covered in cinnamon and honey, just before you’re adding some oats (or ground spelt, wheat or the like) and water. It doesn’t have to boil for too long, as this dish tastes best when the apples and oats are still a little firm to the bite. 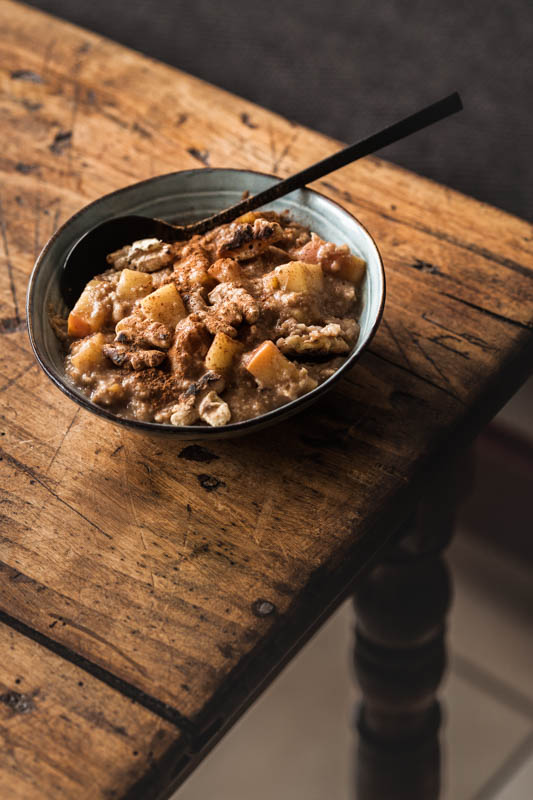 If you’re not too keen on cinnamon… well or if you’d like some change once in a while you can replace the cinnamon and honey with either speculoos cream or peanut butter. And if you like it extra unhealthy go for a caramel version, and start with frying butter and sugar before tossing the apples into this sweet mess.

Please feel free to show me your creations! 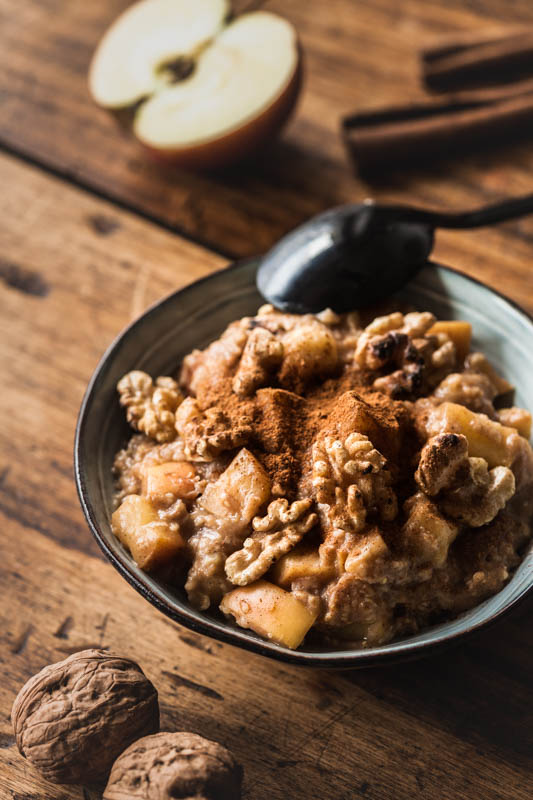 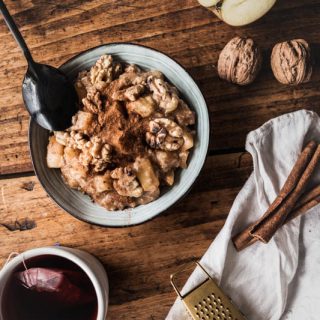 Up your breakfast bowl game – Ideas & Inspiration for a healthy breakfast

How to make porridge in the microwave