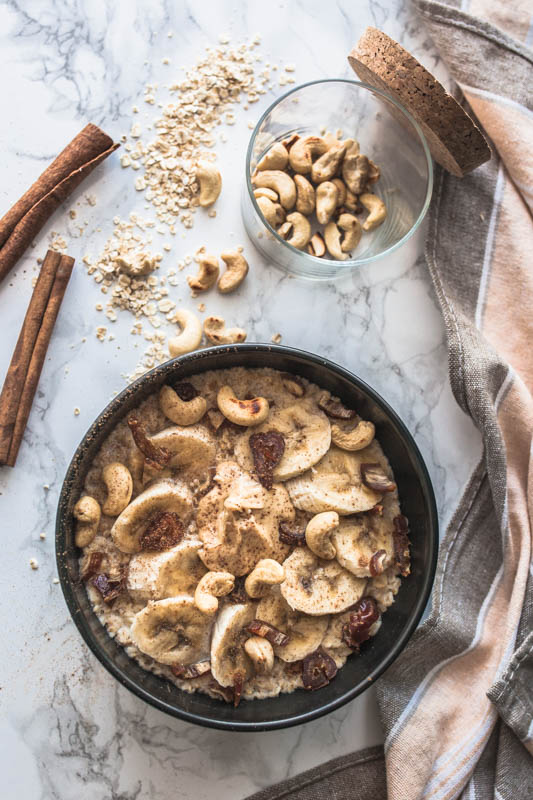 Today I have a quick and easy microwave oatmeal for you. Sweet and rich and creamy with cashew butter and a lot of cinnamon. The best thing about it? Within 5 minutes you have a steaming bowl in front of you, so this recipe is perfect for hectic and stressful mornings. Nothing is more annoying than starting into the day with a stomach growling. 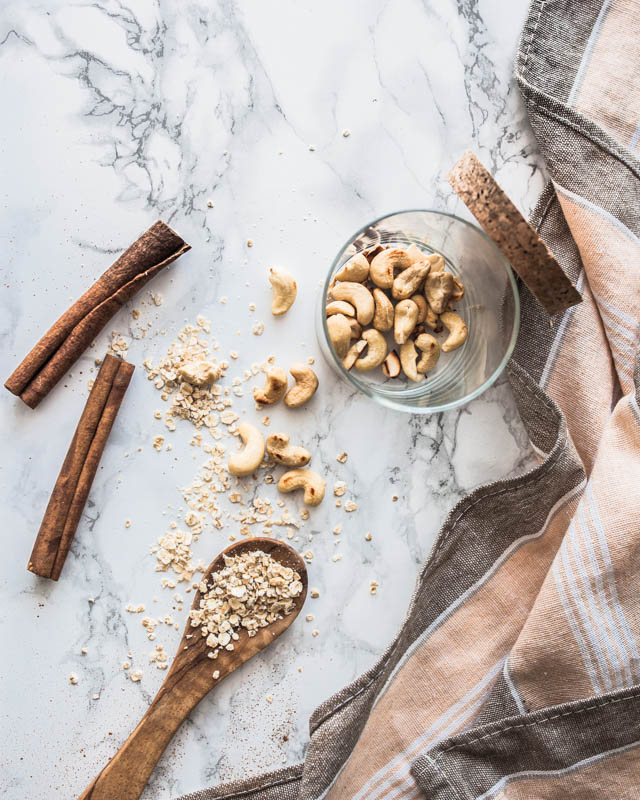 It’s been a while since I posted my last microwave oatmeal. In the meantime I’ve supplied you with recipes and inspiration for breakfast bowls from the stove (which are easily adjustable to microwave versions):

And here is the Microwave Porridge 1.0 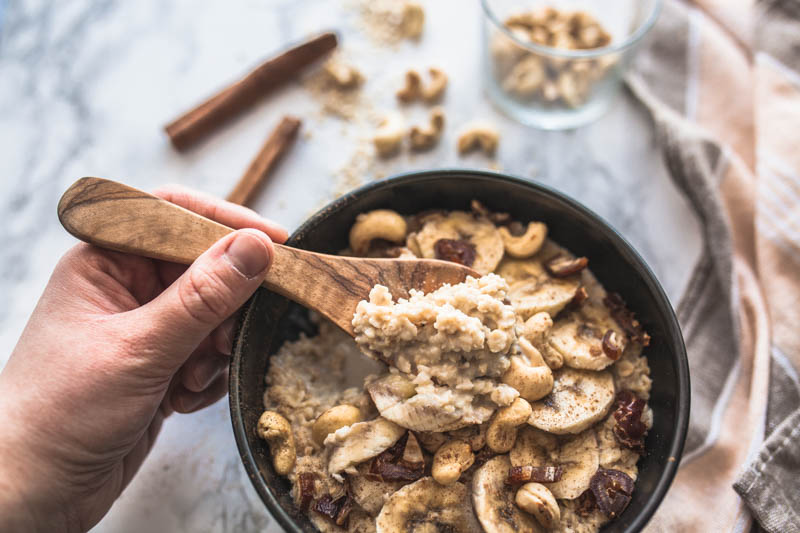 But lately out of laziness I decided for the quicker version again and could confirm once more that the quick microwave oatmeal turns out as soft and creamy as the version from the stove. 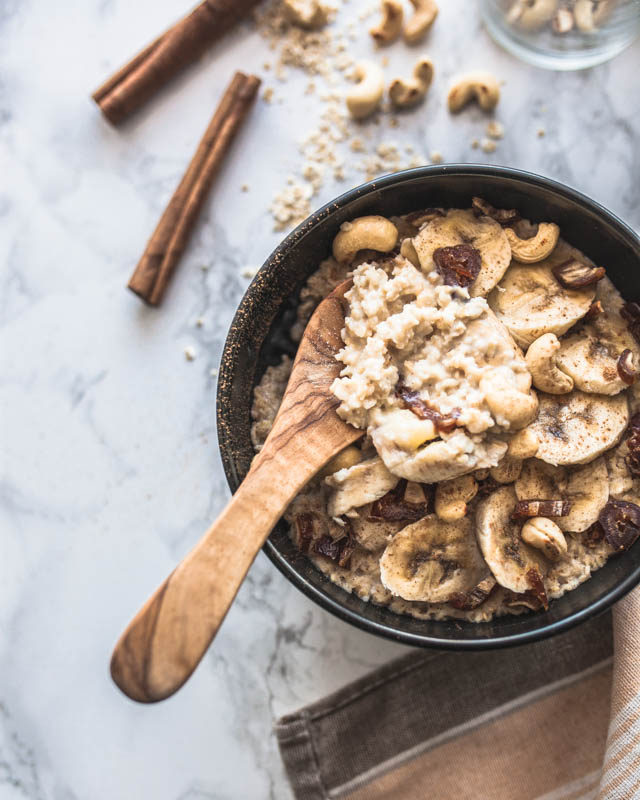 I prepared this oatmeal wit cinnamon and cashew butter, which is a very fine combination even with regard to the forthcoming spring time. As far as I am concerned I could eat cinnamon throughout the whole year.

But especially on those freezing cold days cashew butter and cinnamon are the perfect combination. Creamy, rich and so so tasty! 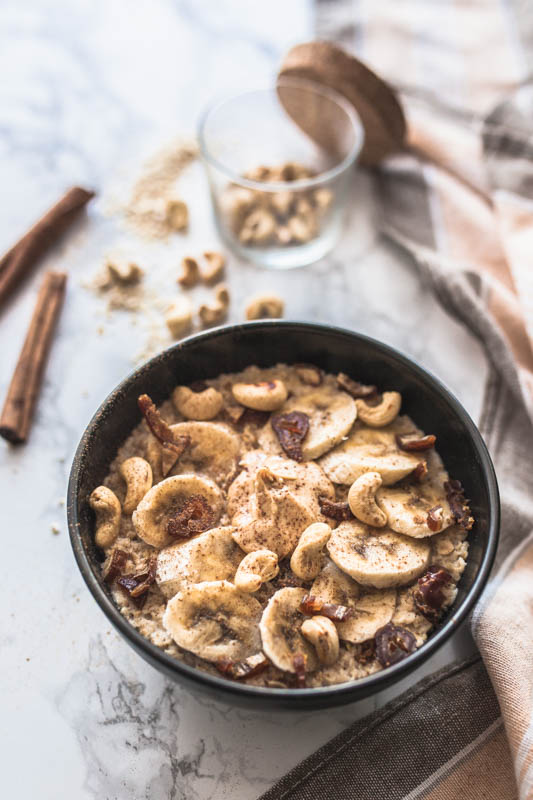 Without further ado, here’s the recipe: